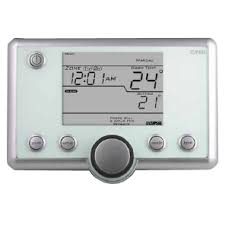 What is Clipsal C-Bus?

C-Bus is a microprocessor-based control & management system for Buildings & Homes.  It is used to control lighting & other electrical services such as pumps, Audio Visual Devices, Motors, etc. Whether simple ON/OFF control of a lighting circuit, or variable (analogue) type control, such as electronic dimmable fluorescent ballasts, C-Bus can be used to easily control virtually any type of electrical load.

To ensure fast & reliable operation, each C-Bus device has its own in-built microprocessor & “intelligence”, allowing units to be individually programmed.

C-Bus uses a patented method for updating the status of units.  This method does not require a central computer or central controller to handle databases or lookup tables to operate.  The status of each C-Bus unit is initiated at specific time intervals, without the need of a central controller.  Each device is allocated a specific time frame to broadcast its status, synchronised by a self-generated system clock pulse.  This allows large amounts of data to be transmitted in a very small time frame, effectively & reliably on the network, leading to low processing overheads & low bandwidth requirements.

The primary reasons to use C-Bus are:

The C-Bus Network Bus is the communications wiring for the system, consisting of an unshielded twisted pair (UTP) ‘Cat 5’ cable.  The Bus not only provides the means of communication between units, but also the small amount of power needed to operate the circuitry within each C-Bus unit.

The C-Bus Network is electrically isolated from the mains power, & operates at safe extra low voltage levels (36 V dc).  Legal restrictions of mains wiring do not apply, so C-Bus wiring may be run into places that would be dangerous (or illegal) with normal mains wiring.

All Input & Output devices are wired to any point in the C-Bus Network by a twisted pair cable, which carries all communications between the Units.

The C-Bus connections may be looped from unit to unit or a branch can be made at any point.  This ‘free topology’ structure provides a flexible system layout.  New units can be added anywhere, at any time, without re-configuration.

During commissioning, the system is programmed so that specific commands trigger specific responses in one (or more) devices on the Network.  At any time the commands can be re-programmed, & C-Bus units can also be added, removed or moved.

The size of a C-Bus Network is practically unlimited.  A large network is usually divided into sub-networks of 100 C-Bus Units, with a total cable length of 1000m per sub-network.  This allows a C-Bus system to be divided into manageable sections, simplifying design, limiting potential fault propagation & aiding in any troubleshooting.

All Units on the C-Bus Network have their own built-in microprocessor, allowing them to operate independently with “distributed intelligence”.  This provides extremely reliable & efficient communications, & also means that a malfunction in one unit will not affect the operation of any other Unit or the Network.

Every C-Bus Unit has a unique number, so that all devices on the Network can communicate directly.  Also, as C-Bus uses point to multi-point communication, every device on a C-Bus Network issues & responds to commands directly from the Network, rather than requiring a central computer or controller.

When a C-Bus Group Address comm& is issued by a C-Bus Device, any other Devices that have been programmed with that Group Address will be activated, wherever they are on the C-Bus Network. There is no need for any direct 240V connection between any C-Bus units.

Single Devices can also produce multiple events.  For example, you may program an Input Switch so that the length of time the key is pressed determines what Command is issued – a short press issues an on/off command & a long press controls a dimming command.

Multiple commands do not have to control the same Output Device(s), so complex scenarios can be easily created, for example a single push button switch controlling a whole floor of a building.

The C-Bus system can carry out control in virtually unlimited ways, including:

For acknowledgement of this information and for more information,  please contact the Clipsal website at www.clipsal.com.au
Richard CookeC-Bus (cbus) Home Automation08.28.2011